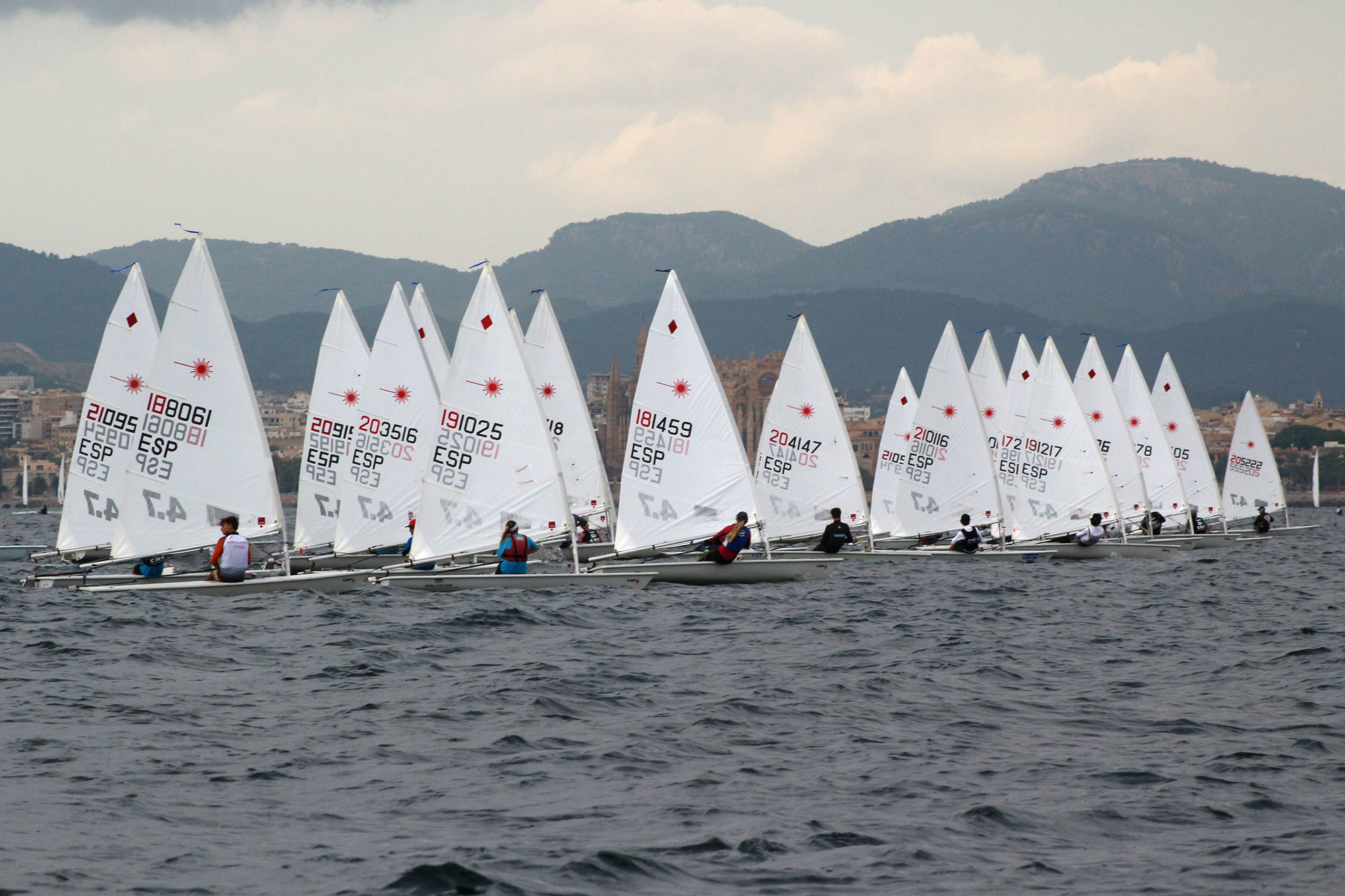 After a third day in which, finally, the wind has made an appearance in the Bay of Palma, today the Ciutat de Palma Trophy Bufete Frau, a regatta organized by the Royal Nautical Club of Palma, has been held brought together 389 ships (409 athletes) from 16 countries from last December 6 to today.

The meteorological situation has been very different from that of the two previous days, in which the calm dominated the Bay of Palma. The wind has established itself on the 240º axis with 12 knots of intensity starting at 12 noon, after a large bank of fog that threatened to ruin the competition dissipated. Under these conditions, the two Race Committees have been able to start without interruptions and get each class to finish the race with three sleeves before the deadline.

The sailor of the Real Club Nàutic Port de Pollença Gaspar Villalonga (3 + 1 + 2) has won the Laser 4.7 class with a two-point income over the second classified, Pepe de Sintas (1 + 2 + 5), of the Club Nàutic de Ciutadella, with which it has maintained a hard struggle in the first two sleeves. Rodrigo Gámez, of the Sailing Club of Port d’Andratx (4 + 4 + 3), has been third, while Sofía Velasco, of the Nàutic Cala Gamba Club (10 + 7 + 8), seventh in general, has been proclaimed female winner.