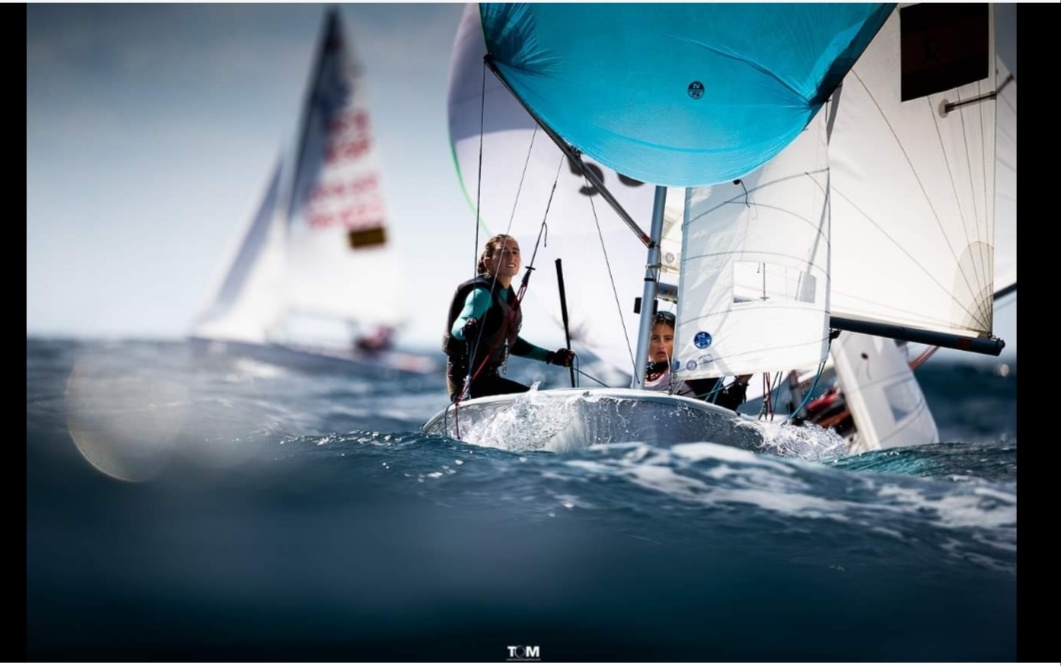 Today the Audax Marina Regatta, CEACNA Trophy, has been finalized, which has been played this weekend in the waters of the Bay of Palma, under the organization of the RCNP. More than 250 vessels of classes 420, Snipe, Laser Radial, Laser 4.7 and Optimist and Optimist D. have participated.

The competition has put into play the 420 Balearic Championship and the opportunity to qualify to play the Spanish Cup that will take place in Altea.

María del Mar Gil of the Club de Vela Port d’Andratx together with her employer Paula Van Wieringen of Can Pastilla have finished first absolute and U19 Balearic champions. With this result they certify their classification for the Spanish Cup, being first in the Balearic ranking. The national will be held in Valencian waters from October 31 to November 3.

Paula van Wieringen and María del Mar Gil (CMSAP C`an Pastilla / CV Port d`Andratx) have taken the Balearic Championship class 420, which was played in this Audax Marina Regatta. The young sailors have based their triumph on the great performance they had on Saturday, in which they added three partial victories. Pablo Ruíz and Fernando Rodríguez (RCN Palma / CN s`Arenal) have won the silver medal, while Marina Garau and Blanca Cabot (CMSAP C`an Pastilla) have hung the bronze. With regard to the U17 category, the title has been for Neus Ballester and Andrea Perelló (CN Ràpita / CN s`Arenal).

The closing day of the competition has been conditioned by the strong wind. The Race Committee has managed to give a valid exit for the Optimist, 420 and Snipe classes, but the increase in wind intensity, with impetuous gusts, and the dangerous waves have caused that, for safety, the other categories could not compete and has returned to earth.

The awards ceremony has been held in the Magna Hall of the Royal Yacht Club of Palma and has been attended by those responsible for the sponsoring companies. Tribute has also been paid to the Fifth Centenary of the First round of the World by Juan Sebastián Elcano.