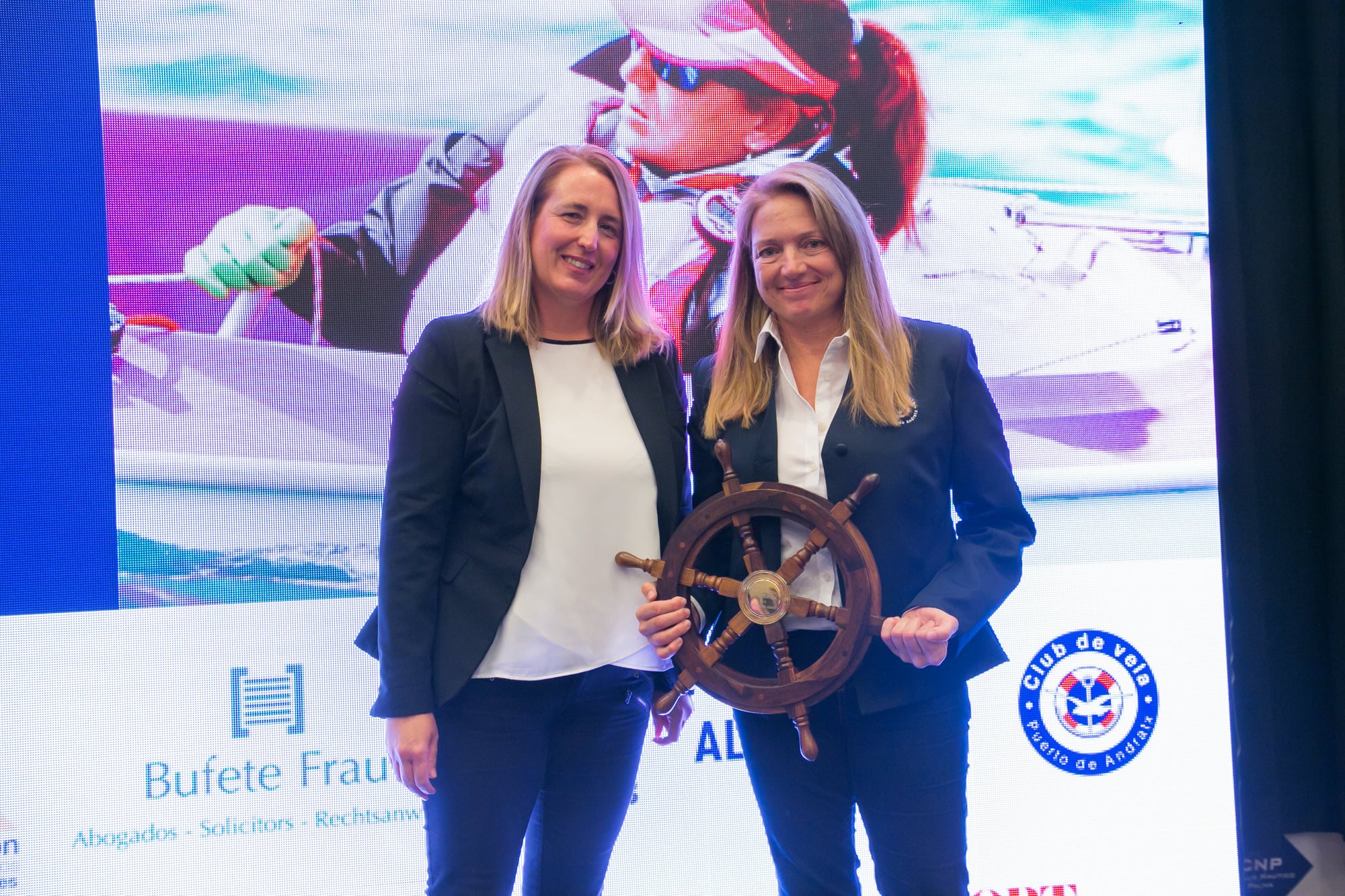 Violeta del Reino, sailor of the Port de Andratx Sailing Club (CVPA), has received in the last two days two important awards in recognition of his sports career in 2019. Specifically, on Friday he received the Timón Prize 2019, a Marine Gazette award created with the objective of honoring the most outstanding people and entities of the nautical sector.

The president of the Club, Ginés Martínez Pina, was present at the gala, delivering the canoe prize to Sete Benavides and Toni Segura, who won the gold in the World Cup canoeing.

On the other hand, the Palau de Congressos lived yesterday the gala of the Sport of the Balearic Islands 2019. Great athletes of the islands, both young and veteran, gathered at an event where they received from the president of the Government Francina Armengol , the Regional Minister d’Afers Socials i Esports Fina Santiago and the director of Sports Carles Gonyalons the awards that accredited them as the best athletes and clubs of the 2018/2019 season.

The main winners at the gala were, among others, the Balearic team of male cadet handball, which received the ‘Posam valors a l’esport’ award; the sailors Joan Cardona, Andrea Perelló and Neus Ballester with the prize for ‘Male and female promise’; the triathlete Alejandro Sánchez who won the award for ‘Best sportsman adapted men’s sport’, while the sailor Violeta del Reino obtained it in the women’s category.

The athlete of the Sailing Club has closed with these distinctions a year of great victories after reaching the summit and rising world champion of adapted sailing, thus revalidating her title in the Hansa 303 modality, in addition, in 2019 she has also won the Cup from Spain and has won bronze in the European.