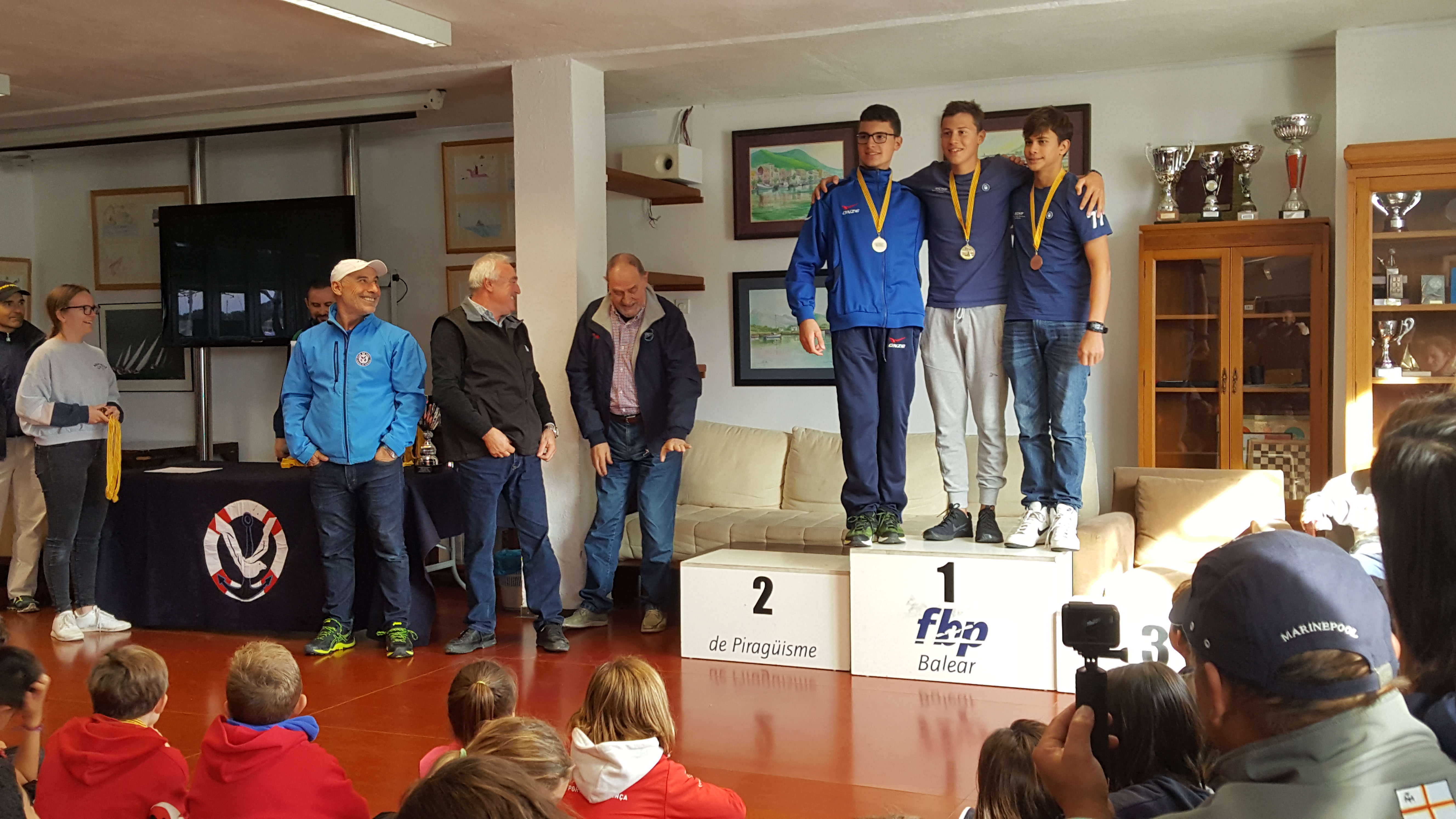 Last Saturday, November 16, the first qualifying competition for the finals of the School Games took place at the Port d’Andratx, organized by the Consell de Mallorca together with the Club de Vela Port d’Andratx and the Balearic Canoeing Federation. In this test all the clubs of Mallorca met, coming to participate more than 100 paddlers. This is the first test of three qualifiers for the School Finals.

Despite the bad weather forecasts we enjoy a perfect time to develop the competition normally. The participating categories were from Benjamin to Cadet. The classification by clubs was as follows, in third place the R.C.N. Portopetro, in second position Club de Vela Port d’Andratx and in first position, the R.C.N. Palma.

The winners of each category were the following:

In Infantil B, Miguel Jaume Rebollo in a kayak man, Marta Rosselló García in a kayak woman, both paddlers of the R.C.N. Palma. Nahuel Vera and Jaime in Canoa, from R.C.N. Pto Pollença.

In Infantil Hombre A, Alejandro Fuster Morey in Kayak Man and Noa Badia Verd in Kayak Woman, both from R.C.N. Palma.

In Infantil Dama Canoa B, the winner was Jimena Agustina Belén López.

In Infantil Dama A, Maria Ordinas Segura, both of the R.C.N. Pto Pollença.

In the Benjamin category the winners were Joan Gost Vicens, in Kayak man, Sophie Vallbona in Kayak lady, both of the R.C.N. Portopetro and Leo Lukas Fass Estragnat of the R.C.N.Pto Pollença in Canoa.

In the Cadet A category, the winners were Joan Rosselló García in man

Kayak and Carla Vey Suárez in lady kayak, both of the R.C.N. Palma and components of the Technification Center.

In the Cadet Canoa Hombre category the winner was Ander Aragón Sastre of the R.C.N. Pto Pollença, and María del Mar Prats Villalonga in canoe, also of the R.C.N.Pto Pollença.