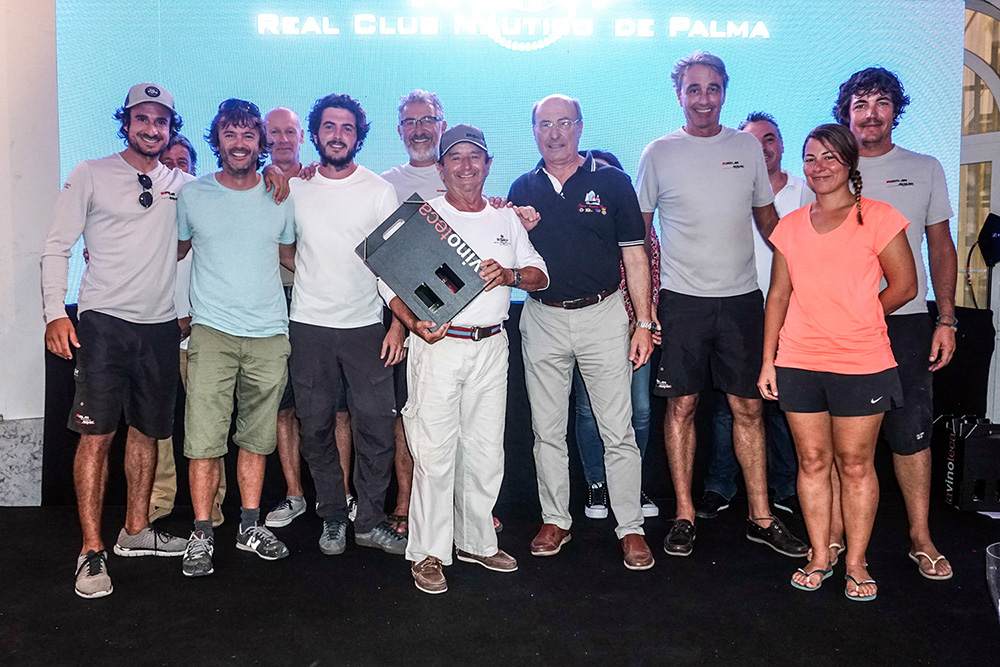 Vell Marí, by Juan Cabrer, in ORC1; Swahili, by Miquel Riera, in ORC2; Blaumarina, by Miguel Enseñat, in ORC3; and Maribel, of Antoni Arnau, in ORC4, have been proclaimed winners of the Audax Marina Trofeo Hispanidad Regatta 2019, disputed this past weekend with the organization of the Royal Yacht Club of Palma and the collaboration of the Audax shipyard and the Club de Vela Port d’Andratx.

The race has consisted of two routes between Palma and Andratx (the first leg was held on Saturday while the return took place on Sunday). It had the participation of 33 boats.

At the end of the competition, a joint awards ceremony of the Palma-Formetera-Palma, Pepe Estela and Hispanidad trophies was held at the Náutico de Palma. The Commodore of the RCNP, Joan Besalduch, announced the creation of a circuit of three offshore regattas in memory of Jaime Binimelis, owner of the Petrouchka who died a year ago when he participated in the Hispanidad Trophy.