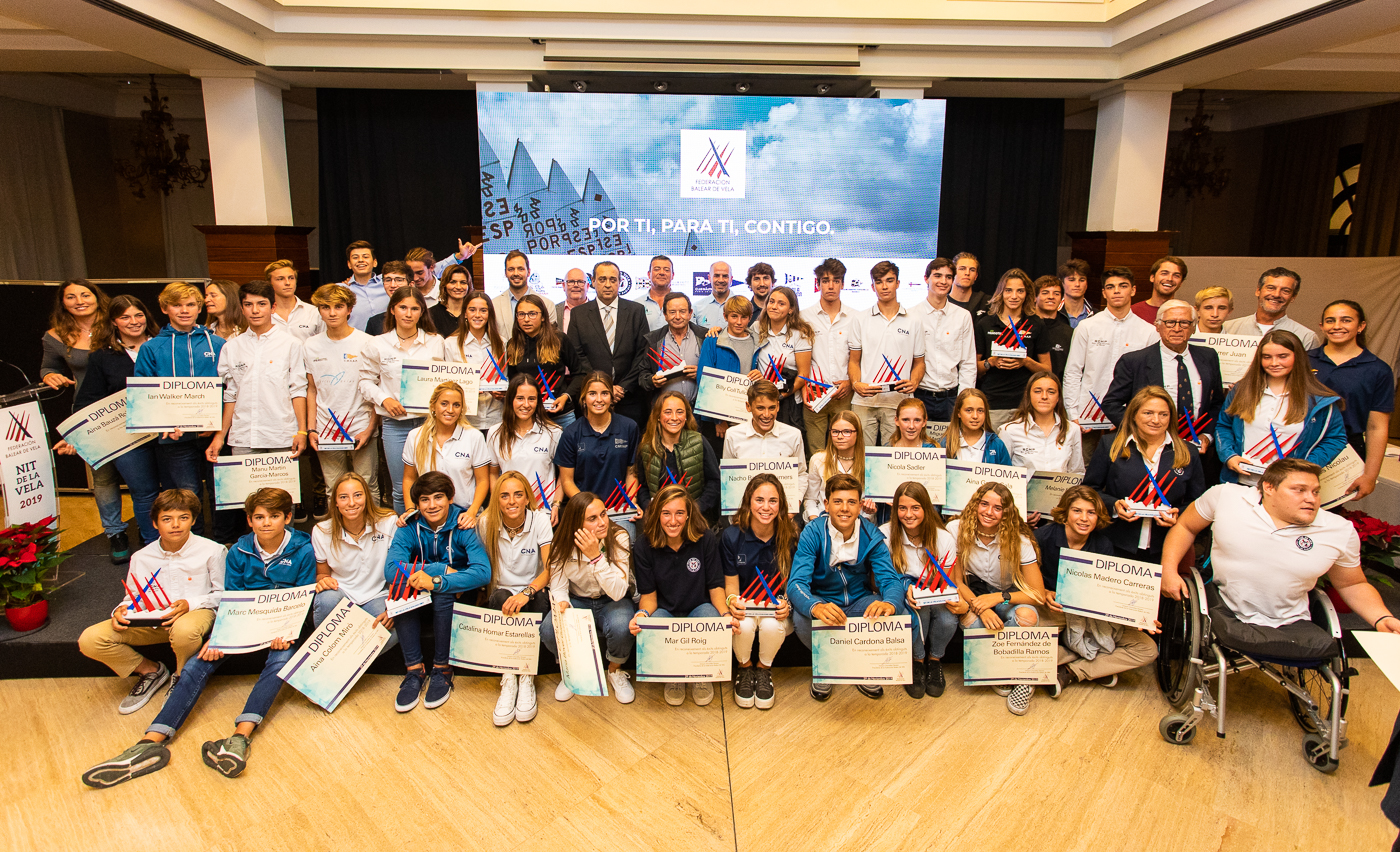 The Balearic Sailing Federation (FBV) held its annual sport gala on Friday at the Royal Yacht Club of Palma, in which it distributed 47 diplomas and 30 trophies corresponding to 124 podiums in championships and Cups in Spain, and 23 in world and European , the biggest medal harvest in the history of the Balearic sailing.

Chimo González Devesa, president of the FBV, congratulated the athletes for their effort and sacrifice and thanked the commitment of the nautical clubs and the families of the winners, “without whose collaboration the success of the regional sail would not be possible”. “Our federation leads the national medal ranking for another year. This year’s figures are historic and a sign that among all of us who make up the sailing family we are rowing in the same direction,” he said.

The FBV gala was presented by Francisco Gil and Viviane Mainemare, director of the federation and sports coordinator of the RCNP, respectively, and brought together representatives of the main Balearic clubs.

Among the recognized athletes, the three-time Optimist world champion, María Perelló, stands out; the U19 world champions of 420, Conrad Konitzer and Fernando Rodríguez; the women’s world champions under 17 of 420, Neus Ballester and Andrea Perello; the European Under 17 Champion of Laser Radial, Jordi Lladó; the champion of the Sailing World Cup of 470, Silvia Mas; Finn’s European champion, Joan Cardona, and Hansa 303 world champion, Violeta del Reino, whose photograph will illustrate the 2020 federal license.