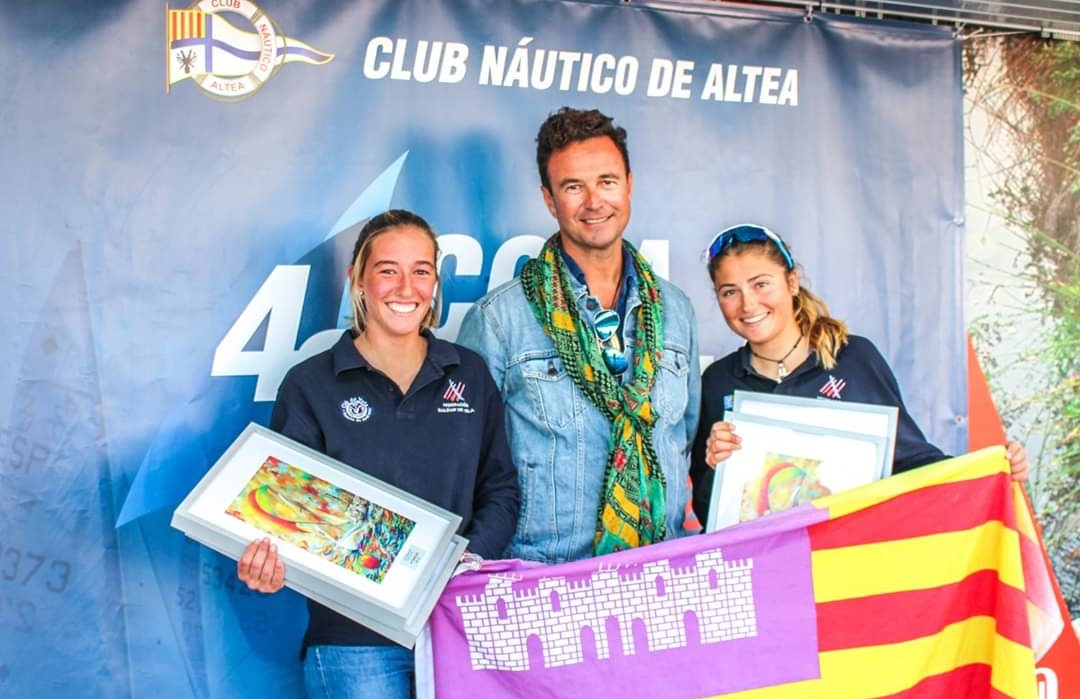 The sailors of the Balearic Sailing Federation have shone in the 420 Spanish Cup that has been played from October 31 to November 3 under the organization of the Altea Yacht Club. The sailor of the Club de Vela Port d’Andratx, María del Mar Gil, and her partner Paula Van Wieringen (CMSAP) have proclaimed runners-up of absolute Spain and female sub-19.

For their part, the sailors of the Balearic Federation have tripled in this Cup. Andrea Perelló (CN Sa Ràpita) and Andrea Perelló (CN Arenal) have hung gold in the Women’s Absolute and also in the women’s sub19 and sub17 categories.

His federation teammates, Antonio Martino and Joan Catalá (CMSAP-Can Pastilla) have come up to collect the prize in the men’s sub17 category.

Galicians Jaboco García and Antonio Ripoll have won winners of the Spain Cup of 420 2019, rising to pick up the first prize in both the men’s absolute and men’s under 19 categories.

A total of 188 sailors from all over Spain have been measured in three days of tough competition. The intense wind has been the protagonist of this Cup that has tested the resistance of the sailors.

With the awarding of trophies, the Altea Yacht Club puts the finishing touch to this 420 Spanish Cup, a national event of great relevance in the world of sailing that together with the Spanish Championship will define the places of national representatives in the Championship from Europe (Germany) and in the World Championship (France) in July 2020.